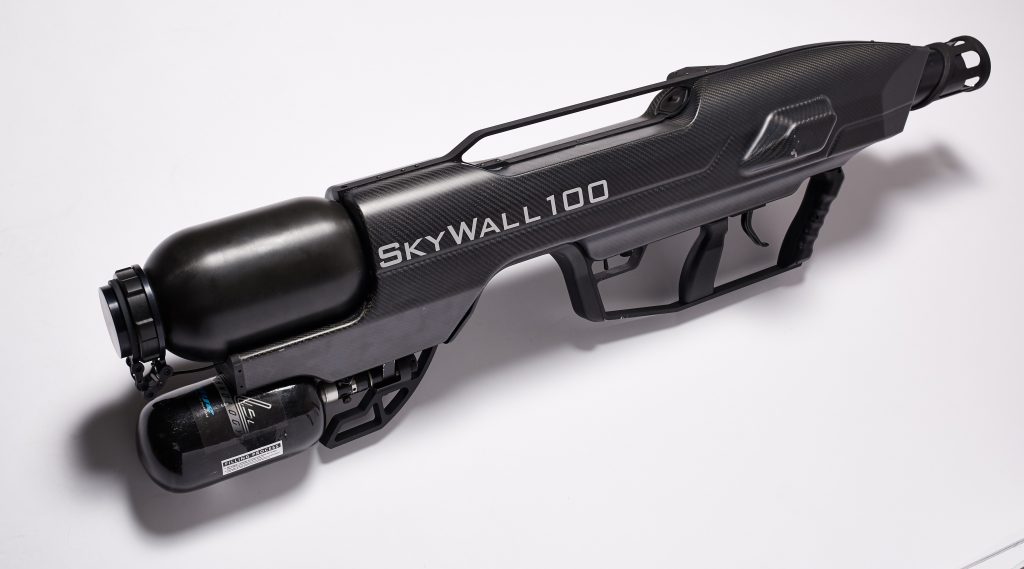 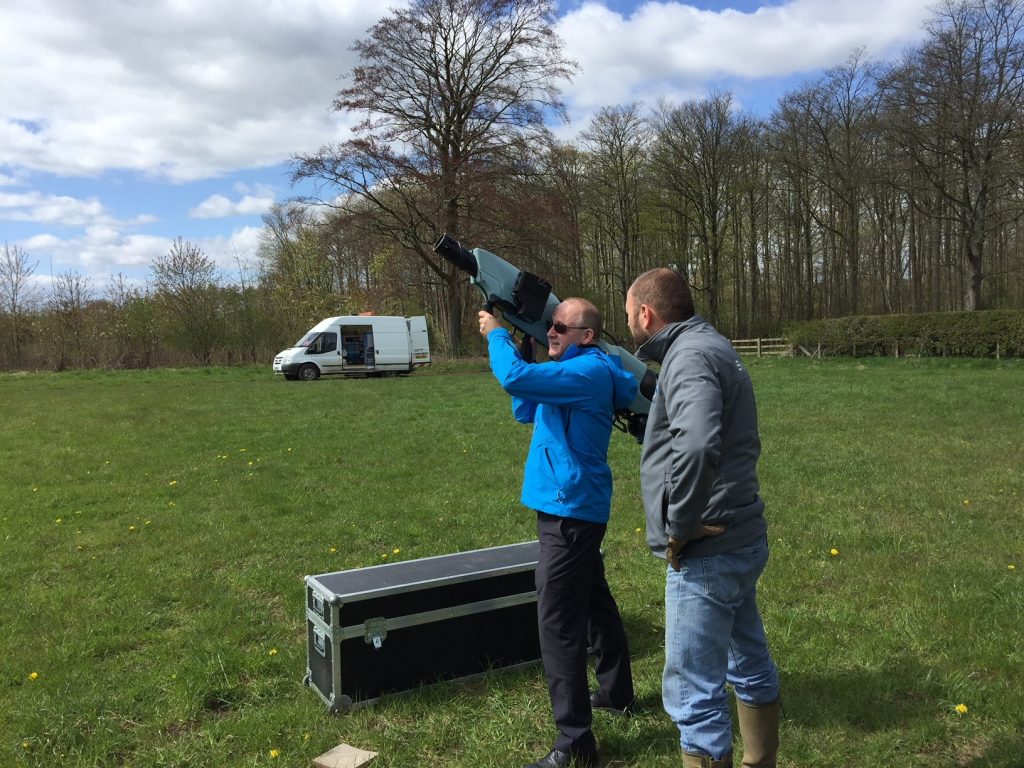 John Hildebrand Training in May 2018 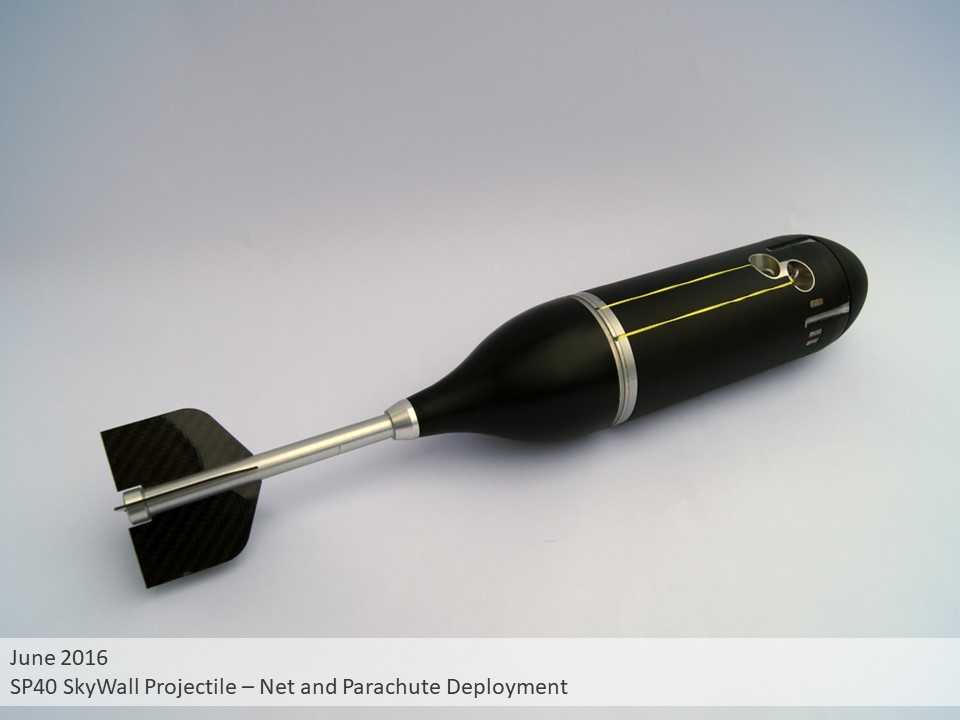 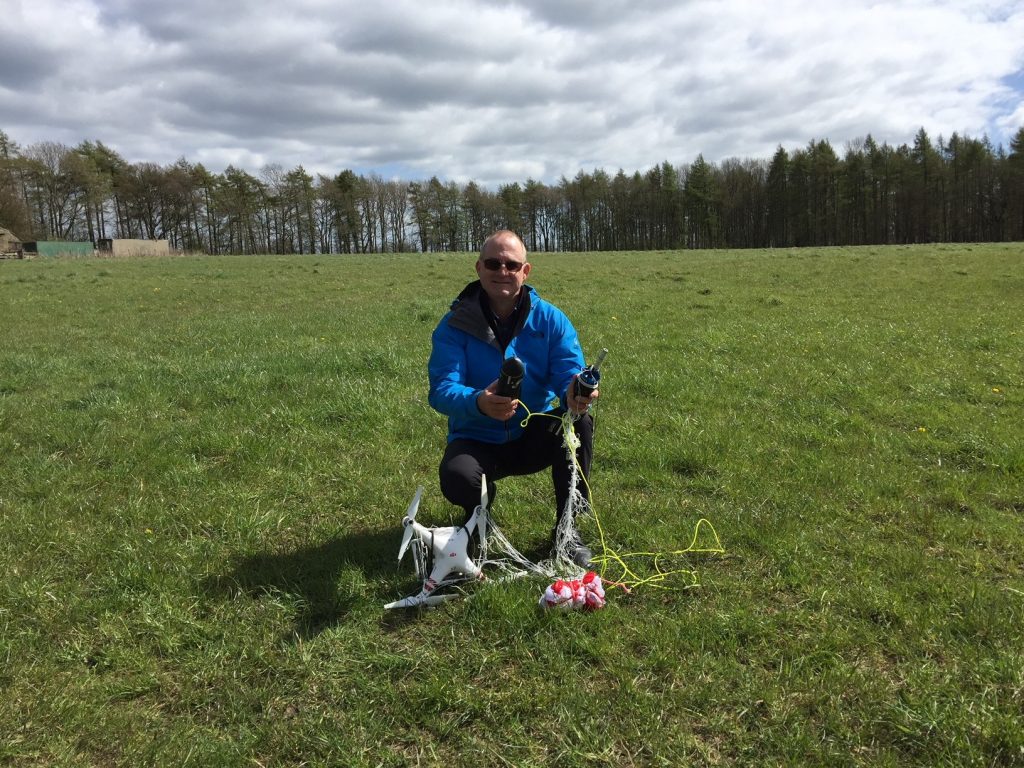 The Skywall100 is an alternative solution to the commonly used frequency (RF) jamming technology. Whilst RF jamming solutions are very effective, they have high collateral effects on the wider community, their use is highly regulated, and generally prohibited except for law enforcement and military agencies.

The Skywall100 can be deployed as a single drone defeat solution or part of a multilevel security overlay eg a radio frequency jammer and the Skywall100 could offer both long and short range protection against multiple types of drone threats.  In some circumstances, this type of system could be used as a last line of defence for dignitary protection.

SkyWall100 is a handheld system that gives a mobile operator the ability to physically capture a drone in a specifically designed ‘drone entangling’ net. It uses compressed air to launch a projectile up to the drone after the operator has targeted it using the onboard SmartScope.

SkyWall100 can be used as a standalone drone defence system but can also be integrated with a wider security system, using the skylink module, to offer a highly capable counter drone package.

SkyWall projectiles are re-useable and can carry a range of counter measures. The SP40 includes a parachute which controls the descent of a captured drone.

This minimises the risk of any collateral damage and keeps the drone intact. It allows forensic investigation and enables identification of the operator.

If the drone eludes capture, the projectile deploys regardless and controls the safe descent of the tethered components.

An Integrated Part of Your Mission 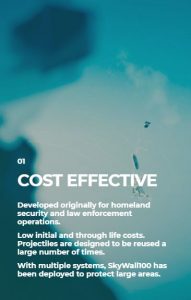 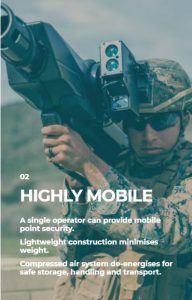 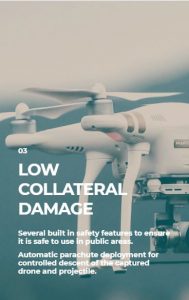 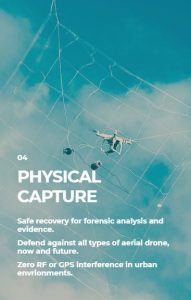 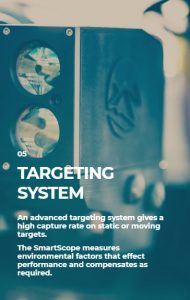 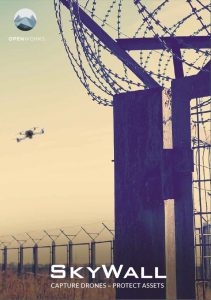 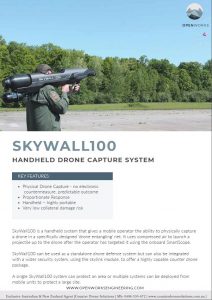 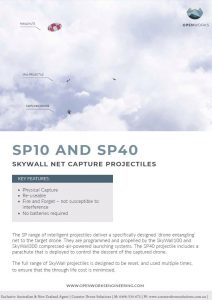 The system offers government authorities and private security organisations the capability to protect the public, VIPs, prisons and critical national infrastructure from the threats posed by commercially available drones.We are very proud to have supported a large number of high-profile security missions with our SkyWall products, working to mitigate the threats posed by drones at large public events on the national stage.